With more than a quarter of a million of Belgians registered in Britain, many of whom were soldiers who never enlisted but worked in the British war industry, the line between a soldier and a refugee able man was a fine one.

At Leicester Welford Road cemetery nine Belgians are buried, all of whom were soldiers who had been treated for their wounds, but succumbed nonetheless. 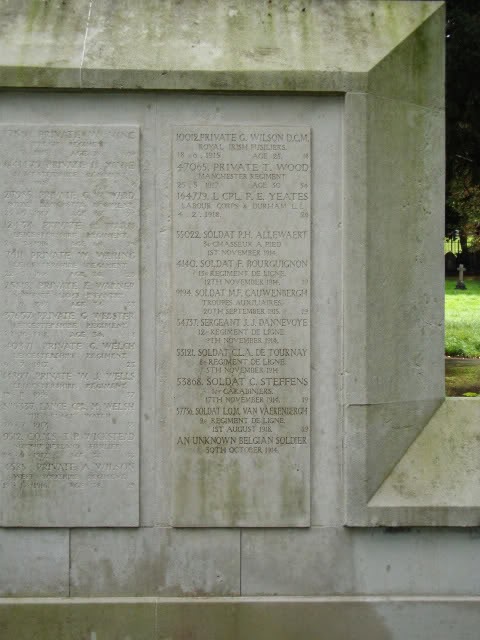 With five soldiers from Walloonia and three from Flanders, the balance seems a bit towards the French-speaking part of Belgium. However, much more striking is the anonymous soldier. The man himself must have felt incredibly lonely in the safehaven that accommodated him. Most likely not able to speak English, even not at all, he was not recognised by any other member of the Belgian army.

Another awkward story emerges from the Belgian soldiers buried in Leicester. Martijn Cauwenbergh, from Mechelen, has listed as his last post of military service the Boulangerie militaire Bourbourg...

Posted by Christophe Declercq at 13:06